The Commando Memorial, Inverness-shire. One of Scotland’s most popular monuments which was unveiled by the Queen Mother in 1952. The backdrop of the Nevis Range provides constant changing weather which in turns which in turn adds to atmosphere to the landscape making a visit even more precious. Recently there has been an addition of the memorial garden which many visitors leave tributes from all over the world.

The Commando Memorial near Spean Bridge where the A82 and A86 roads meet. Nearby Achnacarry Castle is the ancestral home of the Chiefs of Clan Cameron, and the castle was used by the Commandos during the Second World War as their training ground. The commission for the sculpture was put out to all Scottish sculptors as a competition and was won by Scott Sutherland. He was an award-winning sculptor born in Wick, Caithness.

A82, Near Spean Bridge
Inverness-shire 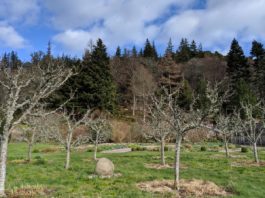 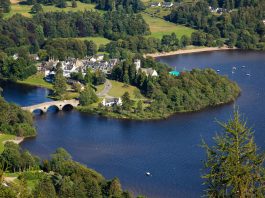 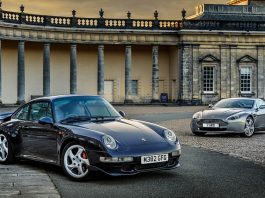